Without any doubt, guitar cable is a very fundamental aspect of the electric guitar and every guitarist has some sort of love/hate relationship with the cables. but with the continuous improvement in wireless technology, it’s possible to bring that stuff into the music without spending a whole fortune:

So, Can Electric Guitars be Wireless?

Electric guitars can be played wireless with the help of wireless guitar systems. It consists of a transmitter (that comes with a 1/4 inch short cable similar to standard guitar cable) that allows you to send audio signals to a receiver connected to your amplifier or PA system.

Let’s check how does it actually work!

How Does a Wireless Guitar System Works?

The wireless guitar system works on the same basic principle on which other wireless communication devices operate. This system consists of one transmitter and one receiver.

The transmitter is nothing but a small device that plugs directly into your instrument. Its main job is to convert the analog audio signals of the guitar into digital signals and then transfer them towards a receiver which is hooked with an amplifier.

On the other side, a receiver decodes those digital signals and passes them to the amplifier in the standard analog format.

This is a 30 feet top-view of the wireless guitar systems. Although there’s a bit more to this process, but without going into all the technical stuff, let’s see how you can practically start using it:

How to Go Wireless with an Electric Guitar?

Whether you’re tired of entangling in your guitar cables or just excited to try something new thing, a wireless guitar system is going to be a treat for you:

Although these wireless guitar systems are fairly simple and straightforward, but there are some things you should about to choose the best system according to your needs.

Guitar wireless systems are majorly divided into two types: Analog and Digital. while both of these systems provide you with nice performance, I suggest you to choose between them based on an average cost, technical features, and performance venues.

Although Analog systems seem to lose their popularity over time but they are still in use due to some of their distinct properties.

It is a fairly straightforward and simple system that consists of a wearable belt-pack transmitter (That you plug into the guitar) and a wireless receiver that picks the guitar signals.

It transmits the audio signals over a wireless frequency band through radio waves. It uses a concept known as companding that compresses the sound from your guitar before transmission. Although it lowers the quality of sound a little but makes the signal transfer very fast.

The only thing that I have a problem with is: Analog system is subject to the interference of other radio waves transmitting on a similar frequency. Also, if the distance between transmitter and receiver increases too much, it makes the signal weak and can lead to unwanted noise.

That’s where the Digital wireless system came into play:

Digital system works on the basis of digital signals instead of radio waves. that’s why it usually comes with less disturbance in the signal path while providing you a longer range of connectivity.

Similar to analog, it also comes with a bodypack transmitter and a receiver (connected to your amplifier) but relatively I find digital systems are more simple to use.

Although digital systems can have higher latency issues as compared to analog systems, but most of the modern systems are advanced enough to handle them.

That’s why it is always recommended to invest in a higher-quality wireless system that allows you to deliver powerful sound by instantly converting your guitar’s audio signals to digital data.

These are some of the key factors you should look into in any wireless system to get the most value for your money:

Similar to any other musical equipment, there are two price ranges available for wireless guitar systems. Anything under $200 is considered as an affordable option whereas more advanced and professional choices can go up to thousands of dollars.

The signal range of any wireless system is also an important factor to look for, especially if you’re planning to play live on the stage or at a larger venue.

Generally, you will get 50 to 100 feet of range with the modern digital systems but it can go as high as 200 feet.

Although most of the modern systems come with rechargeable batteries but how long does it last on a single charge is another factor you need to consider before you make your purchase.

Some wireless systems can provide you with 12 hours of playing on a single recharge whereas some systems only last for 4 to 5 hours. On average you can expect 7 to 8 hours of performance from any descent wireless system.

What are the Best Wireless Guitar Systems in 2022?

Here I list down two of my hand-picked guitar systems that manage to hit the sweet spot between budget and high-quality specs.

I would be very happy to use either of these models — they’re both absolutely brilliants in terms of sound quality and construction. However, I do feel that one of these models might prove a better ‘fit’ for you than the other.

These are some of the reasons why wireless systems are not much popular despite their amazing features.

Personally, I don’t care much about the looks as long as it is satisfying my intent but many of my friends don’t want to switch from cable to wireless systems due to their looks.

Although guitar cables are more noticeable but are wildly used by every guitar player. whereas the transmitter that comes with a wireless system can be bulky sticking on your instrument.

There are some cheaper systems available but comes with a potential risk of delay and some other sound issues. that’s why many guitar players prefer to stick with a high-quality guitar cable.

keep in mind: cheaper cables can also introduce fuzzy noise into the background and can have negative effects.

Wireless guitar systems work on the batteries and need to recharge after a certain time of use. Many players think of this as an extremely inconvenient aspect.

Imagine, you forget to recharge them before your gig! now you’re in big trouble because you might run out of charge between your performance on stage.

Although most of the modern digital systems come with a Lithium-ion battery that provides you quite a long life but this is definitely a downside of wireless transmitters.

Are Wireless Guitar Systems Worth it?

While every system is different, wireless guitar systems can save you a lot of money in the long run. Aside from the freedom it provides, there are many reasons to switch to a wireless system such as less maintenance, overall better performance.

How Much You Should Spend on a Wireless Guitar System?

Generally, beginner-friendly wireless guitar systems start from around $60 and go as high as $1000+ on a professional level. By sticking with the name brand, you can get a pretty good system for around $100 ballpark.

I hope you get the idea of how you can make your electric guitar completely wireless with the help of wireless guitar systems.

By eliminating cables, you get the freedom to move on the stage without worrying about stepping any cable or what! Even though these systems cost you higher as compared to the standard guitar cables, but these systems can be very useful especially if you’re want to perform at a larger venue.

If you find this article helpful, do let me know in the comments. Also, if you have any doubts or want to provide any suggestions for me, feel free to put your query.

Also, don’t forget to share this exciting article with your musician friends and let them know about this cool stuff. Happy Music! 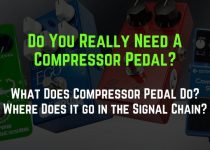 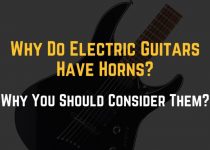 Hii, My name is Vishal Dorge and I am from India. I am the Creator of this site and want to help people just like you and me who enjoy music through the heart and want to learn it, especially about the guitar. Read More About Vishal Dorge Here

What are you Thinking…

scoreguitar.com is a participant in the Amazon Services LLC Associates Program, an affiliate advertising program designed to provide a means for sites to earn fees (No Extra Cost for You) by advertising and linking to Amazon.com.